As I See It: My View from the Inside Out


I personally believe that adult novels contain this saccharine faux-meaning a lot more often than their juvenile contemporaries, and why not? Adult books can get away with it while children's books are read by the harshest of all possible critics: children. As a librarian and a reviewer, I'm pretty tough too. I get mighty suspicious of prose that gets a little too lyrical or characters that spout the book's thinly disguised premise on every other page.

As I see it : my view from the inside out / Tom Sullivan.

All this is leading up to the fact that when I turned my jaded suspicion-filled toxic eyeballs on Thanhha Lai's Inside Out and Back Again I found nothing to displease me. Lai's debut novel speaks with a natural voice that's able to make salient points and emotional scenes without descending into overly sentimental goo. This author makes a point to draw from her own life. The result is a novel that works in every conceivable way.

Born in Vietnam during the war, Ha lives with her mother and three older brothers. Her father disappeared years ago on a navy mission when Ha was just one. Today the family doesn't even know if he's alive, but when the chance comes to flee Saigon and make a new life in America, Ha's mother doesn't hesitate. Once they're settled in Alabama, Ha has a whole new set of problems ahead of her. She's homesick, mad that she's no longer the smartest girl in class, and tormented after school by some of the boys. Yet the solution, it seems, is not to become someone different but to take what she is already and find a way to make her new life work.

In a way Inside Out and Back Again kind of marks the second coming of the verse novel. A couple years ago this style of writing for children was hugely popular, helped in no small part by Newbery Award winning books like Karen Hesse's Out Of The Dust. For some it represented the perfect way to get to the heart of a story without unnecessary clutter. Unfortunately, others regarded it as a quick and easy way to write a novel with a word count only slightly higher than your average picture book.

The market was saturated and finally verse novels began to peter out. It finally got to the point where I became convinced that the only way a verse novel would work would be if there was some reason for it to even BE in verse. If the author couldn't justify the format then why did they even choose that style of writing? I haven't reviewed a verse novel since 's Tropical Secrets: Holocaust Refugees in Cuba by Margarita Engle and like Engle's book, Thanhha Lai's novel is written in verse for a concrete, very good reason. 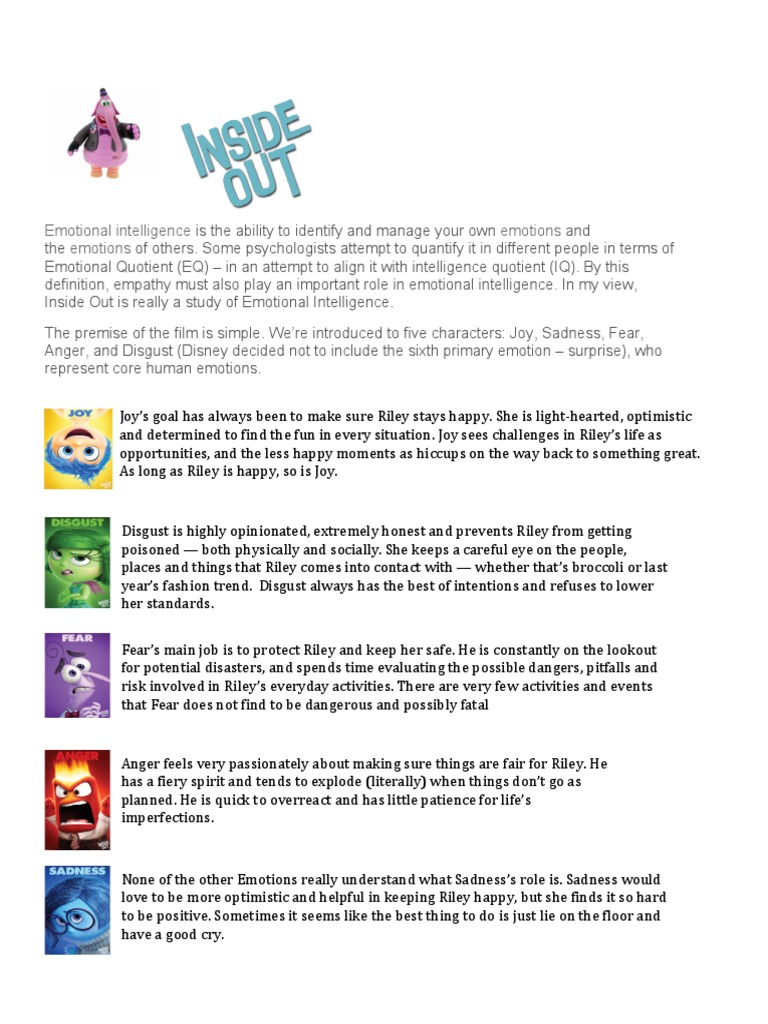 In both cases you have stories where children were entering strange new lands where they did not necessarily know the language. To make this book a verse novel, the child reader gets to be inside Ha's head while at the same time encountering sentences that are broken up in ways different from your average middle grade novel. The result is simultaneously intimate and isolating.

It's perfect. There are a fair number of children's books about immigrants coming to America, most of them historical in some way. Ha's story feels a bit more contemporary since it's set in the late 20th century. Other immigrant stories for kids always cover the same territory hostile neighbors, the other kids at school, strange foods, etc.

What I like about Lai's book is that Ha does something I've rarely seen immigrant characters do in books for kids. She gets mad.

I mean really rip-roaring, snorting, furious. Here she is, a bright kid, and now she has to feel like she's stupid all that time at school simply because English isn't her first language. It's infuriating!

And it was this spark of anger that cinched Ha's character for me. You can have a sympathetic protagonist set upon by the world all you want, but when that character exhibits an emotion other than mere passive acceptance or sorrow, that's when you find something about them to hold on to. Ha's anger lets child readers really understand her. It's necessary to who she is, drilled home by the section called "Wishes".

In that two page spread, Ha discusses all the things she wishes for, including the return of her father. Then, tellingly, "Most I wish I were still smart.

Sure, much of it is about moving to America and what that's like. But it's also a novel about family.


Ha's brothers are hugely annoying to her when the family is living in Vietnam. They're all older, after all, and they get a bit more attention and freedom. When the family uproots and leaves everything they've known behind, Ha begins to connect to them in new ways. She becomes a comfort and helpmate to her brother Khoi when he suffers a kind of nervous breakdown over the death of his baby chick. She learns self-defense from Vu, her Bruce Lee obsessed brother.

And of course it's her brother Quang who really saves the day for her in the end I won't give away how. The change is slow in coming, which keeps it from feeling manipulative or false. It's just a natural coming together of family members in a hostile world. Good stuff. As for the writing itself, I'm a bit tired of the term "lyrical".

That's just personal, though, and I'm sure that if you troll the professional reviews for descriptions of the book that word will surface again and again in relation to this book. With good reason, of course. Lai knows from which she speaks. At the same time, though, she's making choices in the narrative that I found very interesting.

For example, at first you think that you're reading a kind of pseudo-diary of Ha's life since her first two entries comes with dates February 11th and 12th, respectively. Yet when you hit the third piece, it describes the ways in which Ha's brothers tease her ending, not with a specific date, but with the phrase, "Every day". In this way Lai is able to separate out the things that happen only once on a specific day and those things that occur frequently. It's a subtle technique, but it makes the author's point.

Lai also makes small notes about the world that give a person pause. Since this is the story of a girl moving to Alabama in the early 70s, it will probably prompt a lot of discussion in bookgroups when she says of the cafeteria, "On one side of the bright, noisy room, light skin.

Other side, dark skin. Both laughing, chewing, as if it never occurred to them someone medium would show up. I knew about the holiday of Tet in a vague sense mostly from Ten Mice for Tet , but what I didn't know was that not only is Tet a Vietnamese New Year's, it's also the day everyone celebrates their own birthdays. All told, Inside Out and Back Again has the brevity of a verse novel packed with a punch many times its size. It's one of the lovelier books I've read in a long time, and can make you think about and question the entire immigrant novel genre, so long a permanent part of the American children's literary canon.

Lai drew upon much of her own life to write this book. Now I'd like to see what she's capable of when she looks at other subjects as well. Great new author. Great new book. For ages Oct 07, Maha rated it really liked it Shelves: poetry-and-prose. I always love a good verse novel, and this book was just that. She is a Vietnamese girl among Americans. She is the weird black-haired girl in her school. She is the girl everyone makes fun of. She works hard to learn English to overcome the differences and challenges, and I really admire her for that.

What Do Child Psychiatrists Think of Pixar's 'Inside Out'? They Love It

Another reason I loved this book is that I was able to connect and relate to her struggles. Many people around the world also deal with the problem of being laughed at just because they are different from people around them, and I think this book has a really nice message for everyone to understand.

I now understand when they make fun of my name, yelling ha-ha-ha down the hall when they ask if I eat dog meat, barking and chewing and falling down laughing when they wonder if I lived in the jungle with tigers, growling and stalking on all fours. Truly a wonderful, heartfelt and sometimes heartbreaking book. May 31, Rebecca rated it really liked it Shelves: diverse-cultural-poc , ooooh-pretty , historical-fiction , standalone-novel , ohana-means-family , childrens-middle-grade-fiction , read , library-books , young-adult-fiction , poetry-verse.

Read this review and more on my blog In a nutshell: A beautifully written story of immigration told through verse and the eyes of a young girl. It's an effective style that immediately drew me in. While the writing was simple, it was beautiful. I finished the book in practically one sitting but despite being such a quick read, it's had a significant impact on me. It's not really something I've read or know too much about.

Many of us take for granted a lot of things and in hindsight, the hardships I faced when I moved from England to Australia are so weak in comparison. At least I didn't have to learn another language! My only real problem with the book is that I wish that it was longer.

I just felt like I needed just a bit more time with the characters or to just know what happened later. My imagination can do an okay job, but it needed something more in my opinion. Something I particularly liked was how it was fiction layered with fact.

Business Strategy: Are You Inside-Out or Outside-In? | INSEAD Knowledge

The fact that it was based partly on Thanhha Lai's own experiences made it more real, rather than a simple regurgitation of things anyone could read in a textbook. It was such a raw, realistic and beautiful story. I'd recommend it to everyone.