Digging Out: Global Crisis and the Search for a New Social Contract


Beach to Nowhere. The Story of an Ocean Tramp, etc. This innovative and exciting new collection will be of great interest to students and scholars of British and American poetry and comparative literature. Historicizing Blake. Historicizing Blake puts Blake back into the cultural context of his times. These new essays by both established and younger scholars re-address Blake's contemporary milieu after the neglect of ten years of post-structuralist, reader-orientated, methodology.

By employing notions of history wider than the purely 'literary', and featuring an important new essay by the period's foremost subcultural historian, Iain McCalman, Historicizing Blake represents a significant contribution towards the re-historicizing of Romanticism. In this extraordinary and bold book, S. Clark explores and constructs a history of poetic misogyny.

For the first time, a wide range of English poetry by men is examined for evidence of the articulation of heterosexual masculine desires. But Clark goes beyond a straightforward oppositional model of reading the male canon, to ask how we read this work 'after feminism', and whether it is possible to value these texts as misogynist texts in the light of feminist theory?

Sordid Images is a challenging, controversial book. They removed the Senate from the hurly-burly of politics by insisting that Senators were appointed by local grandees rather than directly elected. Alexander Hamilton even wanted to give presidents jobs for life, though better sense prevailed why a man who was so suspicious of the masses and so enthusiastic about capitalism has become a left-wing icon is one of the mysteries of our time. Many British liberals believed that education was the only thing that could temper democracy. John Stuart Mill wanted to give additional votes to educated people.

The Social Contract and Discourses - Online Library of Liberty

In America progressive liberals led the campaign for the democratic election of Senators and the introduction of open primaries. Even today Liberal Democratic conferences contain a remarkable number of people mostly men; mostly bearded; mostly sandal-wearing who will talk your hind leg off about various complicated voting systems such as single transferable votes whereby your vote is allocated to your first choice and then re-allocated according to complicated formulae.

But more recently the anti-democratic strain of liberalism has reasserted itself. It is once again respectable in liberal circles to say that the people are too stupid aka short-sighted, racist, sexist, transphobic, nationalistic, bigoted to make sensible decisions, and that dispassionate experts need to be given additional powers.

The most powerful engine of elitism is the European Union. The EU was founded by people who wanted to make sure that Europe was never again torn apart by Fascism and war. This meant imprisoning the two great disruptive forces of nationalism and populism within an iron cage of rules. The Founding Fathers of Europe deliberately removed a great deal of decision-making from the hands of the nation-bounded and short-sighted public.

They created a powerful European Court of Justice in order to safeguard individual rights. They concentrated decision-making power in the hands of a Platonic European Council and only added a parliament as a reluctant afterthought. Confronted with popular revolts against the rule of experts they have simply dug in their heels, most recently in Italy where the Italian president forbade the new government from choosing a Eurosceptic finance minister.

For the EU, technocratic decision-making is not a bug but a feature. The second engine of elitism is Anglo-Saxon neoliberalism: a school of thought that had its roots in the ideas of libertarian economists such as Friedrich Hayek and Milton Friedman, who argued that the freedom to buy and sell things in the market is much more important than the freedom to exercise your vote every five years. This has now been systematised in global institutions such as the World Bank, the International Monetary Fund and various central banks. Anglo-Saxon liberals argued that the best way to create mass prosperity is to create a stable system of economic policy-making: take decisions about monetary policy out of the hands of politicians who will always be tempted to buy votes by debasing the currency and give them to central bankers; take decisions about trade out of the hands of national governments who will always be tempted to make trade-distorting deals and sub-contract it to trans-national bodies such as the World Trade Organisation.

There are lots of arguments in favour of technocratic liberalism. Giving central banks independence from political interference has helped us to slay the dragon of inflation. Creating rules-based trading systems has unleashed growth in the emerging world and flooded the rich world with cheap goods. The neo-conservative bid to spread democracy at the point of a gun in the Middle East turned out to be a disaster. But there is also a big problem with elite liberalism: by insulating technocratic elites from the pressure of popular opinion—by putting them in a comfortable cocoon of like-minded elites—it encourages over-reach.

Britain was the perfect example of this. During the Blair-Brown-Cameron years Britain was dominated by a class of politicians who went to the same universities, followed the same career path of a spell as a special advisor followed by a safe seat usually in an area of the country they had no connection with followed by a fast-track to a ministerial post. 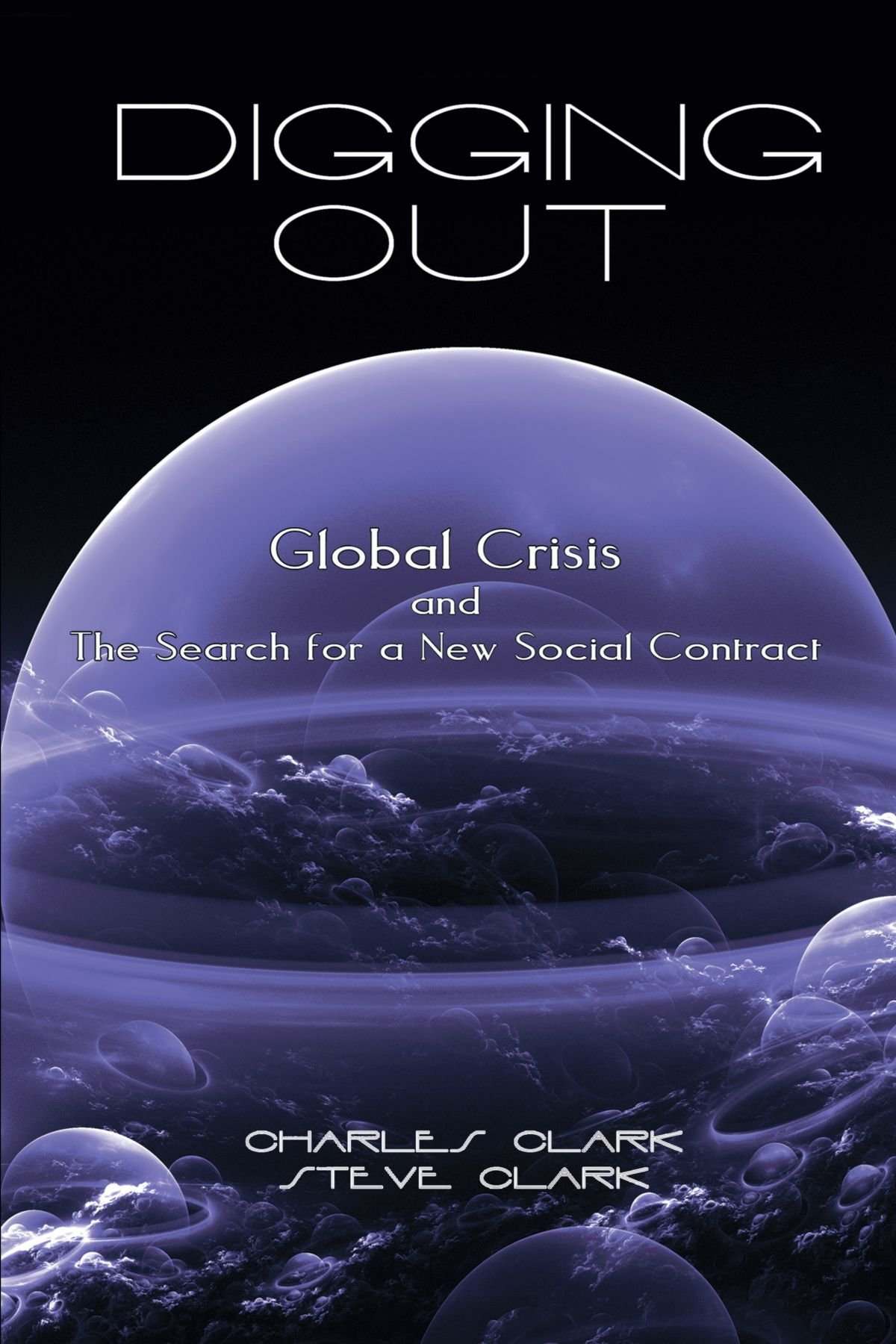 The Conservative Party lost its links with provincial England. This played a major part in persuading Britons to vote to leave partly because, as an English-speaking country with a relatively liberal economy, Britain is always a chosen destination for immigrants and partly because the British instinctively feel that there is a distinction between free-trade in goods and services and free movement of people NAFTA, for instance, does not confer free movement of people across North America. This, more than anything else, will fuel European populism in the future, as immigrants flow into Europe from the Middle East and Africa and then, once established, flow across various borders.

The technocratic elite compounded the problem of over-reach with incompetence. The great liberal project of the past 40 years—globalisation—depended on a bargain between the elites and the masses: the elites promised that globalisation would produce higher living standards for broad swathes of the population. They also promised that they could make globalisation as smooth as possible by judicious intervention.

But it would produce a higher over-all standard of living. The technocrats broke the contract. They not only failed to deliver macro-economic stability. They failed to deliver the boost in living standards in the West. In Britain average incomes have been stagnant since the financial crisis and are unlikely to resume their pre-crisis growth until the middle of the next decade. Across Europe and America old industrial centres have been reduced to metaphorical rubble. No wonder so many people feel that they have sold their democratic rights for a mess of pottage.

The best way to restore a better balance between elitism and democracy is to prevent the elites from engaging in over-reach. The obvious way to start this is to remove freedom of movement from the four freedoms. This would do more than anything else to guarantee the future of the EU. Technocratic policy-makers also need to be reconnected with the people they are supposed to serve. It is a mystery why World Bank employees should be exempted from taxes and provided with their own country club, the delightfully named Bretton Woods.

It is a mystery why European officials should have such long tenures so that prime ministers come and go but Jean-Claude Juncker goes on forever. Privileges need to be reined in and tenures shortened. We also need to find ways of strengthening democracy rather than constantly diluting it.

ariaofpuglia.com/acheter-chloroquine-500mg-livraison-internationale.php The dominant pattern of the past few years has been technocratic advance punctuated by periodic revolts such as the Brexit referendum or the recent Italian election. My favoured solution is to give more power to local governments: while centralising certain decisions in the administrative state most notably over taxes and entitlements we need to create a counter-balancing pressure by handing other decisions to locally elected politicians.

But there might be other clever ways of advancing democracy. Or why not at least elect them at one remove—for example by giving a role to locally elected mayors in global bodies?

A global council of mayors might do a good deal to solve this problem: they could meet once a year and send representatives to various other global bodies. Unwieldy perhaps, but it would at least have the effect of linking the global sphere with the local: mayors are, for the most part, accountable for their actions to the electorate, and might act as the voices of ordinary people on the global stage. Globalism versus localism Liberalism was born global. As a philosophy, it was inspired by an audacious claim: that in a state of nature men are endowed with certain essential rights that apply regardless of time and place conservatism, by contrast, regards natural man as a fiction and human nature as a product of time and place.

As a political movement, it began as a revolt against restrictions on free trade. William Cobden and James Bright argued that people should be allowed to trade freely, not merely because free trade produced economic growth, but also because there was no reason to prefer the interests of a Hampshire land-owner to a Pomeranian peasant.

That tradition was given a new lease of life by two world wars and by the advent of globalisation. The two world wars revealed the diabolical side of nationalism. Globalisation promised to deliver the liberal miracle: sustained economic growth produced by free trade in goods and the promiscuous intermingling of peoples and cultures.

But there was also another liberal tradition that was highly sympathetic to nationalism and localism: that is to collective roots rather than universal rights. The nationalist revolutions that swept through Europe in the 19th century were, for the most part, liberal revolutions. They were inspired by the idea that nationalism provided the most compelling answer to the great question of how to address problems of identity and connectedness in a newly fluid world. Liberals railed against trans-national empires such as the Ottoman Empire in the east and the Austro-Hungarian Empire in the heart of Europe.

Woodrow Wilson founded his foreign policy on the principle of national self-determination. Some of the most interesting liberals looked beneath the national to the local level. The British Liberal Party was as much a party of localism as free trade: rooted in particular areas of the country such as the West Country and Wales, it celebrated local traditions and acted as a counter-balance to the power of the London elite. This continues to this day.

Sir Nick Clegg is distrusted by his party—and reviled by its younger elements—because he was more interested in joining the national, and indeed, the global elite than in cultivating local routes. Sir Nick is perhaps the paradigmatic example of a politician who tries to represent the government to the people rather than the people to the government. So the second great task facing liberalism alongside reigning in over-mighty elites is reviving the national-localist tradition.

As long as liberalism is synonymous with globalisation—with global elites cocooned in global institutions and global multinationals reaping economies of scale across a global market—it will be destined to wither. It will wither politically because populist parties will be able to claim a monopoly of communal loyalties.